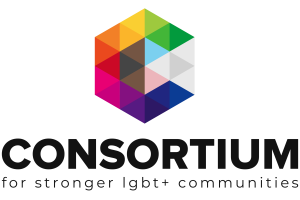 A resounding call must be heard by our trans communities this morning—we stand with you, now and always.

On the day the UK Government decided to intervene in the resoundingly passed Gender Recognition Reform (Scotland) Bill, we will not let the culture war the UK Government wishes to stoke get in the way of what we will achieve—fair treatment of trans people across the UK.

Scotland has led the way for the UK when it comes to advancing trans equality. Trans communities are one of the most marginalised in our society today. The Scottish Government overwhelmingly passed the Gender Recognition Reform (Scotland) Bill after extensive consultation. Now the UK Government claims it must intervene because it has the potential to conflict with other Reserved Legislation, namely the Equality Act. To misunderstand what this new Legislation would achieve is egregious and simply a mechanism for political point scoring.

Last week, we saw a collective outcry from LGBT+, Trans and Ally organisations on news that the UK Government might intervene. Now they have done just this, our collective resolve will not falter.

Every LGBT+ person, every ally, wants every trans person to be able to live their life in safety as their true self. Just as we want every woman to be safe and free from abuse and discrimination. We do not believe these two things are in conflict, or ever have been. Trans people don’t want any more rights than anyone else, they just want equal treatment.

The Gender Recognition Reform (Scotland) Bill is a simple Bill. No trans person has ever needed a Gender Recognition Certificate to be able to access the services that they need, and that will remain the case with this legislation.

We continue to urge the Prime Minister, the Scottish Secretary, and the entire Cabinet to recognise that trans people and communities must be protected and be valued citizens—not just through words, but through real and positive action.

The Scottish Parliament has sent a clear message of commitment to this through the GRR(S) Bill, with amendments being accepted by different Parties which created legislation that is strong and fair. We urge them all the listen to Women’s organisations across the country who understand that there is no conflict here, and who have been providing safe services for all women for many years, just as we urge them to listen to and respect our own communities.

Consortium will continue to help dispel the misinformation about trans people and communities and keep lines of communication open with UK Government, and others, on this. Together we can break down the factual inaccuracies and move towards a fairer and more equal society.