Consortium Blog: An LGBT+ Sector As One 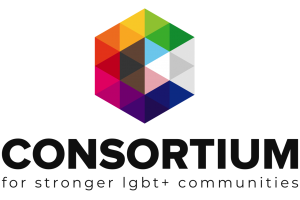 This blog has been written by Consortium’s CEO, Paul Roberts.

The actions of UK Government in the last week have simply been shocking. After years of promising a Ban on so-called conversion therapy, which the UK Government’s own evidence (the highly referenced LGBT Survey 2018) shows has affected 5% of our communities, the pulling of proposed legislation and then a partial U-turn is just unacceptable. What research also highlights is that trans and non-binary people are even more likely to experience so-called conversion therapy practices, with 11% of those responding to Galop’s survey (LGBT+ Experiences
of Abuse from Family Members) experiencing attempts to change or ‘cure’ or supress their identity.

Let’s not read this situation wrong, without a complete ban lives will continue to be lost. What is happening to people is torture and no one can say this is acceptable in the United Kingdom in 2022. A partial ban only including LGB people makes no logical sense. It is immoral and many other countries around the world have implemented it and shown it is perfectly possible to legislate effectively.

The UK Government has expended a lot of time, energy and resource on the international LGBT conference, planned for June this year. Whilst its focus is international LGBT+ issues, and has several events/forums taking place under the one banner, to hold this in the UK when we have a government that continues to treat trans and non binary communities with disdain can’t happen without challenge. We don’t want to see work our international focussed members are engaged in affected, but we (as do they) refuse to stand by and allow what is affecting people in the UK be pushed under the carpet in order to present a positive picture on LGBT+ rights. Whilst we are a UK domestic LGBT+ organisation, we will continue to stand by our international focused members to support work, collaborations and show solidarity and allyship globally.

Let’s also be clear, the LGBT+ sectors, and by that I mean the diversity and intersectionality of LGBT+ communities are as one on this. The one positive from the darkness we have seen emerging since late on Thursday is the solidarity of our sector. There has been some messaging that UK Government believes the sector is divided on this. This could not be farther from the truth and the only organisations who are not as one are those who are transphobic, plain and simple. We are as united as we ever have been and will continue to work together to ensure the UK is somewhere where every LGBT+ person can live a life safely and with dignity.