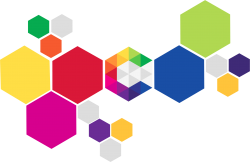 As part of the new LGBT+ Sector Women’s Network, we want to make women leaders more visible and to inspire and support more women into leadership positions.

So this blog is the first in a series which aims to showcase some of the fabulous women leading the LGBT+ sector.

When I first sat down to write my list of who to approach to interview for these blogs I was a bit sad (although not totally surprised) by the fact that my list was quite short. Not because there aren’t inspiring women working in the sector to choose from, far from it, but because to start with I wanted to focus on women CEOs.

Consortium has a Membership of just under 350, and of those LGBT organisations that have paid staff only around 7% of them have women CEOs.

This isn’t as reflective of the general third sector as one might think. According to information from The Association of Chief Executives of Voluntary Organisations, who reviewed 473 chief executives of top charities last year, women outnumbered men for the first time in senior roles, with women holding 58% of them.

I could speculate some of the reasons for this, that historically the sector developed from men’s sexual health services and that as a result more men are in positions of leadership, but I am determined to stay mostly on topic in this blog! So, whatever the reasons, this Network seeks to highlight the great work that is going on and to focus on how we can, as a sector, support and encourage more women to take on leadership roles.

This month I had the pleasure of chatting to Steph Keeble, CEO of Birmingham LGBT.

Steph, whose background is working with woman and girls affected by violence and domestic abuse, first joined the LGBT+ sector in 2008 as a Development Officer for the West Midlands. Turns out it’s a small world because that role was originally set up by Consortium and Birmingham Pride community trust ( as Birmingham LGBT were then called) with a view to supporting  groups in the West midlands and developing Birmingham Pride Community Trust!

Within 10 months of starting, Birmingham Pride Community Trust were advertising for a Strategic Development Officer which Steph took and from there they went from strength to strength, from an organisation that had a turnover of £10,000 to an award winning LGBT+ Health and Wellbeing Centre with a turnover of ¾ of a million pounds 11 years later!

I asked Steph what inspired her to work at Birmingham LGBT and what still motivates her.

I have always been passionate about community benefit and one of the things I have really enjoyed about this role in particular is being able to develop the services we offer, and the ability to meet real community need.

I am told that being a CEO can be challenging in any sector, I wanted to find out about what challenges Steph may have faced during her time at Birmingham LGBT.

One thing that can be challenging, and I guess this is true for the whole of the third sector rather than specifically the LGBT+ sector, is not having enough resource and capacity. I am constantly torn between focusing on my job as CEO and being pulled into operation stuff. You learn early on that you have got be skilled at everything from fundraising to safeguarding, GDPR to HR you name it! Most CEOs in the third sector have to be a jack of all trades!

At Birmingham LGBT we have grown quickly which is great, but that has definitely brought its own challenges. In the LGBT sector there is a lack of Peer support for leaders, especially women leaders as there are so few of us and that can be isolating which is challenging when things are very full on. I am looking forward to seeing how we can address that through the LGBT+ Sector Women’s Network.

And what any about challenges that relate to being a woman in a leadership role?

I have had experiences where I have been the only woman in the room. I have had experiences where, having taken a male colleague along to a meeting, all the questions were addressed to him and I am sat there and have to say, well actually its me that will have to make the final decision on that!  Sometimes as a women leader you feel that you might have to shout a little louder to be heard and when you do that you can be perceived as difficult.

Turning our thoughts from challenges to achievements, Steph told me about her proudest achievement at Birmingham LGBT (so far!) and it involved her crying…

It has to be the day I saw the sign being put up on the new Centre! They put the sign up and you could see it from every main road coming into Birmingham – I cried!

On opening day, we rolled out a pink carpet and one of the standout moments for me was one of the members came up in tears and said ‘I feel truly valued here’.

That centre gives LGBT+ people a safe space, it makes them feel valued and visible and that’s got to be my proudest achievement!

One of the main aims of the LGBT+ Sectors Women’s Network is to support and encourage more women into leadership position. I was interested to find out how Steph thought we make this happen and what the impact on the Sector might be.

I think that there are a number of things that we can do. First, we need to focus on specific leadership training and mentoring programmes for women and to ensure that the funding and resource to go along side that are in place.

I also think we should look at programmes of unconscious bias training so men working in the sector can better understand the barriers women face.

Secondly, we need to listen to women in leadership roles and I don’t mean only CEO’s I mean community leaders too, they need to have input on how services for women are designed and run.

As a sector we need to be better at offering things like flexible working and consider things like the impact of Menopause etc. to make our organisations more women centred. I think mentoring could support a lot of the good practice to happen, I hope that’s something that this Network could facilitate.

You should probably know this about me at this stage, because it will pop up again…I like a good inspirational story. So, I wanted to find out a bit more about who had had an inspirational impact on Steph’s career.

I can think of a number of women but I will try and keep it to just one!

Years ago, I went on a training programme to deliver the Duluth women’s programme which is a group work programme for survivors of Domestic violence and abuse.

The Duluth model is an American Programme and the trainer was a Native American woman and she started off talking about her formative experiences witnessing domestic abuse, she was just fascinating, really grounded and an amazing facilitator. When we went to leave I went to thank her she reached out to shake my hand and she said, “You are a very wise woman”, I automatically went to say – oh no, not me etc…. but stopped myself and I just said, ‘thank you’.

That was what I call a critical learning moment in my life. I took the compliment and it felt really powerful, it felt good to say to myself – it’s OK to accept praise and not feel like I am showing off I think as women we are socialised to self-trivialise and put ourselves down.

I felt like not accepting her compliment would have taken something from her and I could not do that to her as I had found her so inspiring I felt very humble. It was an important lesson to learn on reflection and I now recognised I was putting myself down and self-sabotaging. So I made a conscious decision to stop doing that   so now when someone says well done, I say thanks and celebrate and have pride in my achievements and encourage other women to do the same.

So, I think I know what the answer to the next question might be after that little inspiration gem, but I ask Steph anyway… what’s the one piece of advice she would offer to aspiring women leaders in the LGBT+ sector?

To accept praise and to trust and have confidence in yourself – it’s so important to believe that you can lead.

Yes, it will be challenging but you can do it!

Big Thanks to Steph for taking time out of her busy schedule to chat!
Join me next month for my second blog where I will be chatting to another fabulous CEO.

If you would like to join the LGBT+ Sectors Women’s Network drop me a line.