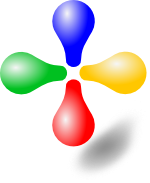 Trans Media Watch is an organisation that aims to combat prejudiced, sensationalist and inaccurate depictions of trans people in the media. It is run by volunteers and depends on ordinary people within the trans community to be its eyes and ears. It aims to reflect the concerns of those people and of the community as a whole. Trans Media Watch is concerned with issues affecting all people covered by the transgender umbrella. It deals with cases involving transsexual people, genderqueer and androgyne people, crossdressers, and intersex people. As well as tackling problems after the fact, Trans Media Watch aims to build up links with media organisations and watchdog bodies to help them work towards improved service in the future. It can provide advice to journalists and programme makers who are unsure how to approach sensitive issues, and undertakes research to provide information useful to public bodies working in this field.