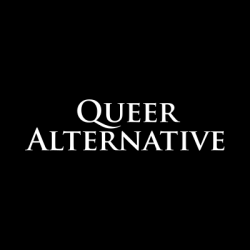 We promote the acceptance, visibility and equality of queer people within goth, metal, punk, and other alternative subcultures, as well as working to help individuals who identify with those subcultures find a place within the mainstream LGBT+ community. Essentially, we support and bring together queer weirdos who like dressing up and dancing to strange musicQueer

Alternative is a UK based not-for-profit small charitable organisation with the following formal Charitable Objectives:

(1) a culture of acceptance, visibility and equality for people of lesbian, gay, bisexual, transgender and other minority sexual orientations and gender identities (LGBT+) within alternative subcultures and

(2) the visibility and acceptance of members of alternative subcultures within the wider LGBT+ community particularly (but not exclusively) by:

For the purpose of this clause, an “alternative subculture” is a type of culture that exists beyond mainstream or popular culture. This could include, but is not limited to, heavy metal, goth, punk, industrial, steampunk, cyber, vintage, hippy and cosplay subcultures

Queer Alternative is a non-political organisation.

We take part in Pride events across the UK and host our own events.