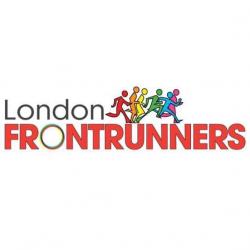 Created in 1995, London Frontrunners is an inclusive and very diverse running club for lesbians, gay and bisexual men and women, trans people and our allies.

With over 550 members we are the largest LGBT+ sports club in Europe and the only LGBT+ Triathlon Club.

We are affiliated with England Athletics, the SEAA, the Metropolitan XC League, the British Triathlon Federation and we are part of International Frontrunners, a network of LGBT+ running clubs all over the world.

The club is entirely run by volunteers and holds regular runs four times a week (on Mondays, Wednesdays, Thursdays and Saturdays) in some of London’s most beautiful parks (Regent’s Park, Hyde Park and Battersea Park) and along the South Bank.

We also offer training and coaching sessions three times a week at Primrose Hill, Battersea Park and Mile End Stadium, along weekly Long Runs in preparation for marathons and half marathons, together with a large number of exciting and fun athletic and social events.

London Frontrunners is not just about running, though!

Depending on the day of the week, we have dinner or brunch after all of our runs in designated venues, near the changing facilities we use.