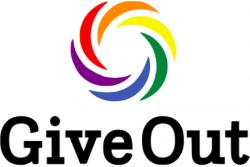 Across the world, LGBTQI people face serious human rights abuses for being themselves. Courageous activists are doing vital work to protect and improve the lives of LGBTQI people, but they are under-resourced.

GiveOut works to address this problem by enabling individuals and businesses to give in one place to support LGBTQI activism worldwide.

The charity distributes these pooled donations as grants to activist-led organisations around the world, ensuring they have more of the resources they need to defend their communities and campaign for equality.