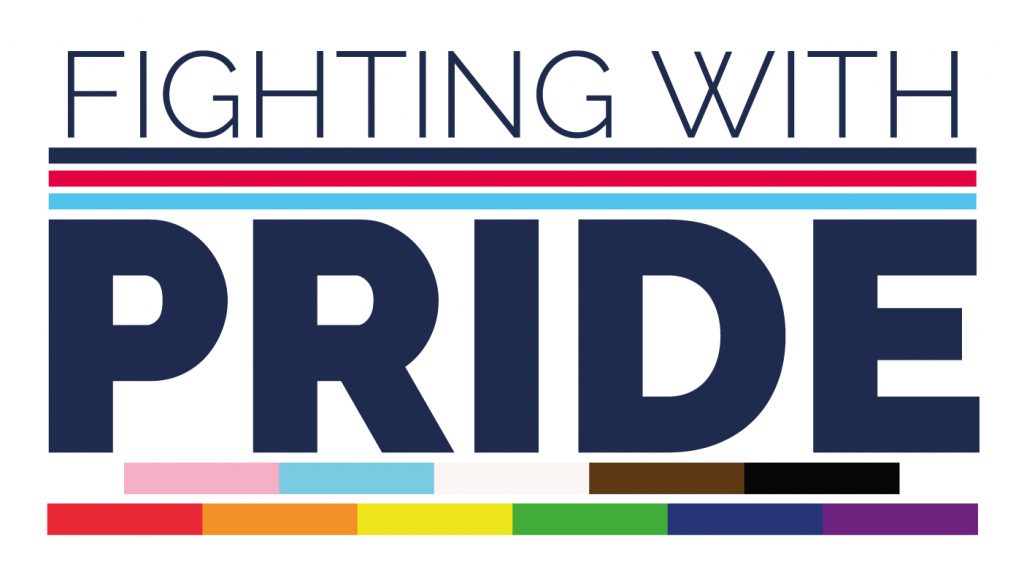 Fighting With Pride has been established to become the single military charity supporting LGBT+ Veterans, serving personnel and their families. It was established on the success of the book, ‘Fighting With Pride’ – an anthology of 10 different stories of LGBT+ personnel from before, during and after the ban on their being able to serve openly was lifted in 2000.

The book gave focus to the fact that despite the enormous positive changes that had been made in the British Armed Forces since then, many LGBT+ Veterans from that time had been left behind and their welfare and wellbeing overlooked. Some had, in the years when the ban existed, been forcibly outed, ostracised, derived of their livelihood, pension rights, medals and, above all, self-esteem. Many never went on to achieve the success, financial stability and happiness that they might otherwise have had.

Working closely with the Cabinet Office’s Office of Veterans Affairs, the Ministry of Defence, the NHS and other military and LGBT+ charities and organisations, Fighting With Pride aims to address these issues and bring a measure of restitution and closure to the lives of all so affected. Moreover, in doing so within, hopefully, a relatively short and defined period, it then intends to develop and adapt its initial rationale by playing a full part in the wider military family, so emulating similar organisations in Australia and the USA.