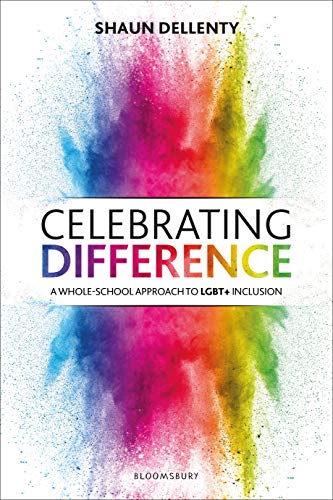 Provides award winning training for community members, especially those engaged in education, hate-crime and youth services to prevent bullying and prejudice related to sexual orientation, gender identity and other identity or heritage based bullying. Promotes equality, equity and diversity for the public benefit and in particular the elimination of discrimination in relation to lesbian, gay, bisexual and transgender (LGBT+) people, particularly (but not exclusively) by advancing education of the public and with regard to all aspects of discrimination in relation to LGBT+people, including raising awareness of the extent and impact of hate crime relating to LGBT people. For over ten years ex school leader and celebrated homophobia survivor Shaun Dellenty has provided inspirational, multi-award-winning training, workshops and assemblies for numerous UK and international educational organisations to empower them be pro-active in positively preventing bullying and negative language related to identity, especially LGBT+ identity. Shaun’s Celebrating Difference’ approach empowers education contexts to undertake a journey of sustainable personal. cultural and organisational change. Shaun’s highly compassionate approach is captured in his highly regarded Bloomsbury book ‘Celebrating Difference- A Whole School Approach to LGBT+ Inclusion’ which was recommended in UK Parliment in April 2019. Shaun has trained over sixty five thousand education professionals in the U.K. alone, working with teacher training providers, universities, schools, hate-crime and police groups, faith groups and anti-bullying organisations, Amnesty International and many more. He delivers lectures and presentations in non-educational contexts such as NHS, police and health and faith organisations and has advised on policy at Westminster. Shaun has delivered LGBT+ inclusion advocay and training in Parliament and for overseas governments. He supported the entire Isle of Man education system to become LGBT+ inclusive and has been delivering training in India and across eight European countries.