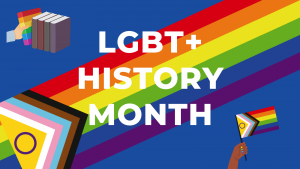 Intersectionality is a way of viewing the interactions between identities such as disability, gender identities and expression, sexuality, race, ethnicity, class, religion, and other social identities that don’t fall into categories. This concept embodies how often discrimination of one marginalised community may impact greatly on the other parts of individuals, which is often overlooked.

Coined by critical race theorist Kimberlé Crenshaw in 1989, intersectionality means the various ways in which different systems of oppression interact with one another. Intersectionality as a framework was created to help explain the oppression of Black women as that experience is greater than the sum of both sexism and racism but wasn’t accounted for.

‘Intersectionality is a lens through which you can see where power comes and collides, where it interlocks and intersects. It’s not simply that there’s a race problem here, a gender problem here, and a class or LBGTQ problem there. Many times that framework erases what happens to people who are subject to all of these things.’- Crenshaw.

History of intersectionality in LGBT+ communities

‘Although Kimberlé Crenshaw coined the term intersectionality, her work rested on prior frameworks developed by Black feminists in the 1970s, many of whom identified as lesbians. These women founded an organization called the Combahee River Collective to focus on the concerns of Black LGBTQ+ women which were not being addressed by either the mainstream women’s movement or the civil rights movement.’- Identiversity.

Other icons such as Marsha P. Johnson and Audre Lorde also experienced their identity through multiple lenses which impacted their interactions with the world. There are many fantastic groups and organisations you can find in our member directory that work to celebrate, uplift and support LGBT+ folks with intersecting identities.

How can understanding intersectionality inform the support we offer?

Seeing communities as not being homogeneous but made up of individuals and their experiences gives people back the power of their identities and creates space for conversations.

For those with intersecting identities, their experiences are unique to them and the way they interact with the world can be viewed through many lenses. We can be allies by listening, by learning and by considering the voices missing in the room and their unique experiences.

Intersectionality and the Equity Fund

Consortium’s LGBT+ Futures: Equity Fund, launched at the start of February was co-produced with community organisations, consultations and previous grant giving data to gather information on which areas of our LGBT+ communities need additional support and funds. 5 Key areas were identified as:  D/deaf and disabled people, LBT women, older people, those tackling racial injustice and trans and non-binary people.

This Fund was created to contribute towards Equity within the LGBT+ sector and the communities that need explicit and specific support. Find out more about the Equity Fund here: LGBT+ Futures: Equity Fund.