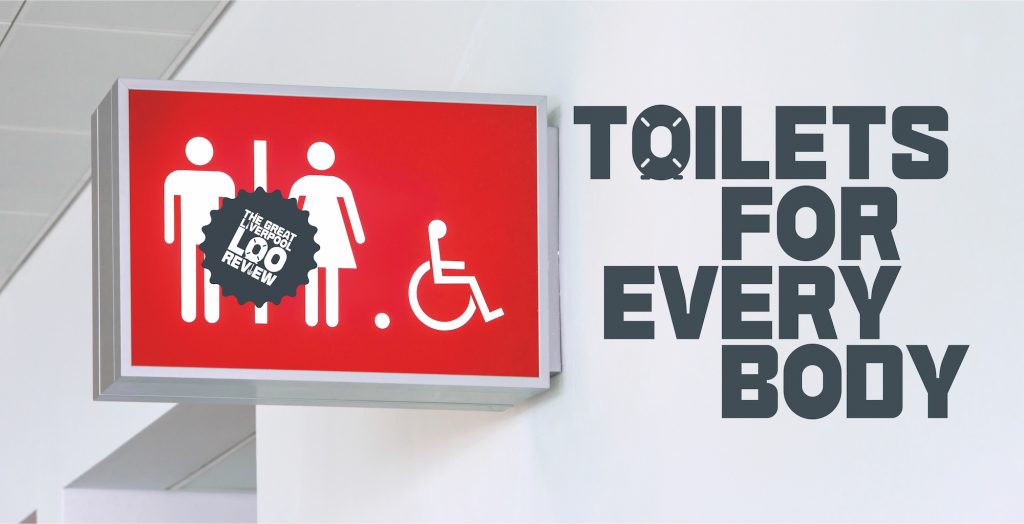 TDoV (Trans Day of Visibility) Liverpool’s ‘Toilets for Everybody’ Campaign seeks to ensure the provisions of safe, suitable toilets that meet the needs of all people.

A survey on toilet provision in the city region has revealed that more than a quarter of respondents had experienced abuse or violence while trying to access a public toilet.

The Great Liverpool City Region Loo Review, which forms part of TDoV Liverpool’s ‘Toilets for Everybody’ campaign, also revealed that more than 45 per cent said they preferred a self-contained room to traditional toilet cubicles and two thirds of people interviewed said they were comfortable using a toilet with signage that was not gendered.

The campaign, which is supported by the LCR Pride Foundation Community Fund, aims to advance the provision of safe, suitable toilets that meet the needs of all people. The survey asked about the city region’s current public toilet provision, its signage and, how people felt using facilities and what could be done to improve them. The results will now be used to encourage organisations, businesses and venues in the region to provide appropriate facilities for everybody.

Other findings from the initial report included:

Imogen Christie, Director of TDoV Liverpool, said: “In recent years, the issue of public toilets has become a divisive one, with the identities of transgender and gender non-conforming people being reduced to which bathroom they use.

“Our ‘Toilets for Everybody’ campaign seeks to not only address the discrimination and violence some groups face when trying to fulfil this most basic human requirement, but also how public toilet provisions in the city region and across the UK are lacking for so many diverse communities.

“more than a quarter of respondents to our survey, who are of all genders, have experienced abuse or violence while trying to access a public toilet is shocking and unacceptable and highlights the need to consider the design and facilities provided in toileting spaces.”

The initial ‘Toilets for Everybody’ campaign was originally conceived more than a year ago, in response to issues faced by the transgender and gender non-conforming community, but quickly sought to address the wider issue of the provision of adequate toilet facilities.

Imogen continued: “Since submitting the application to LCR Pride Foundation’s Community Fund for the ‘Toilets for Everybody’ campaign last year, the visibility of trans and gender non-conforming people has risen in numbers.

“But rather than a seamless shift to the ‘usualisation’ of gender variance, it has been met with a concentrated and co-ordinated campaign of resistance from some groups, with a central paradigm of de-validation of all identities located within a transgender spectrum.

“The objections to one person living their life as their authentic self cuts across all ages, all classes and many if not all ethnic backgrounds. ‘Away from home toilets’ have become one of the main sites in the ideological battle for the sharing of ‘safe’ public spaces.

“This initial report marks the start of our campaign, which will provide an evidence-based account to dispel sensationalist and individual ‘truths’ and help us to move forward to the provision of safe, suitable toilets that meet the needs of everybody.”

The findings of the report are now set to be used to create a new standard for public toilets in the city region, with a criteria and recommended changes soon to be launched. The report will also be used to inform businesses and organisations engaging with the recommendations proposed by the ‘Toilets for Everybody’ campaign, and help them through the process of change management.