The award-winning podcast The Log Books returns for Season Two 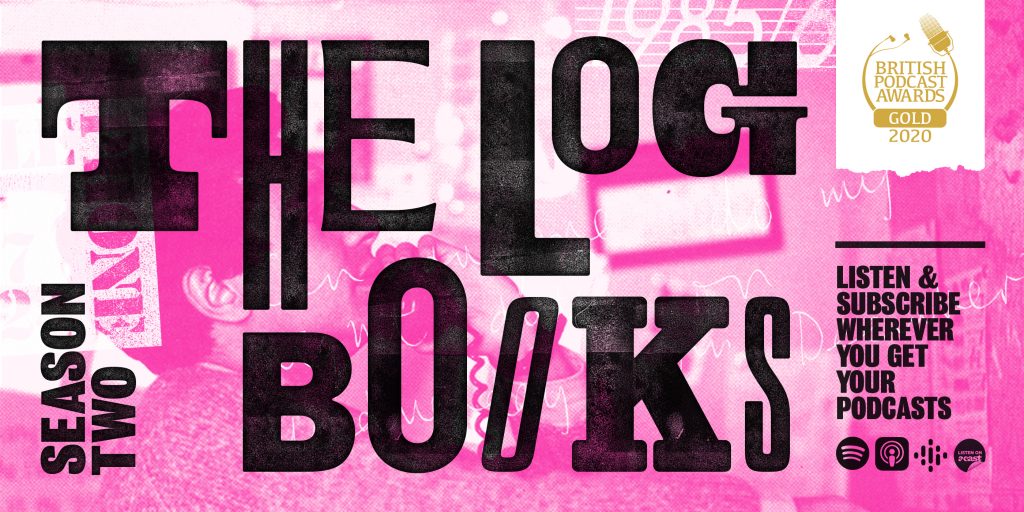 “A surprising, moving, beautifully produced and important podcast. The real life stories, which start in the past, are brought up to date by sensitive interviews and discussions. It’s an incredible archive, and this is a beautiful way to bring them to life.”

“If you love Making Gay History, I know that you’re going to love listening to The Log Books podcast.  A totally engaging window into LGBTQ UK history.”

The Log Books is an extraordinary podcast series telling untold stories from Britain’s queer history. The first season covered the years 1974 to 1982, drawing on handwritten notes made by volunteers at Switchboard – the LGBT+ helpline. It won Gold in the Best New Podcast category at the British Podcast Awards 2020.

Now The Log Books podcast is back for a second season with more voices and untold stories from Britain’s LGBTQ+ history than ever before, picking up where they left off in 1983 and moving through to 1991. As the country was gripped by growing HIV infections, calls to Switchboard reached unprecedented volumes and intensity. The log books at Switchboard are a unique chronicle of this major health crisis — containing stories from those years that have never been told before.

In this season we’ll hear interviews with patients and healthcare professionals, such as Leigh, a young gay man who began caring for people with AIDS-defining illnesses as soon as he started to work as a nurse. Also, long-term survivors with difficult but uplifting stories, such as the life-affirming wisdom of George who has spent 35 years trying to keep his infection at bay by calling it ‘sleeping dragon’. We also have memories of Switchboard volunteers who took the hardest calls and faced down people who did not want to step into the Switchboard offices for fear of ‘catching AIDS’.

But so much more than a health crisis happened from 1983 to 1991. Britain’s LGBTQ+ communities felt more and more under attack from tabloids and social hostility, with Margaret Thatcher’s government capitalising on this by passing legislation that banned the “promotion of homosexuality”. Our planned episodes on the media, intolerance and violence will feature grass-roots stories about what this felt like at the time. We’ll hear from a young lesbian teacher, Catherine, whose students scratched insults into her car, and others who were watching the Six O’Clock News when lesbian activists invaded the BBC studio to call for an end to persecution.

Other stories in the season include migration to the UK of people fleeing more homophobic countries, state clampdowns on obscenity including a Customs raid on a bookshop, and how Switchboard volunteers used humour to get through these dark times.

Also new this season — the BFI National Archive is supporting us to add fascinating audio archive television clips. These inserts are just an extra thing for hosts Tash Walker and Adam Zmith to respond to, and use as a guide to the listener through such rich histories.  With a diverse cast of contributors, moving music, extensive research and rich sound design, season two promises to be a landmark podcast series. A third season is planned for 2021, covering 1992 to 2003.