Putting the T first at Trans Pride in Brighton 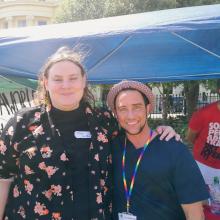