Stronger Together at Pride in London 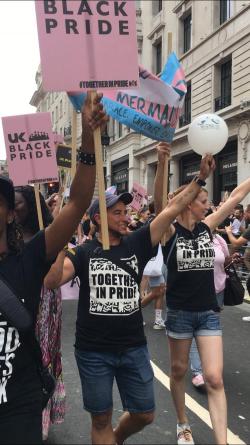 Fifty years on from the Stonewall uprising in New York, up to 1.5 million people took to the streets for London Pride march last Saturday.

I was delighted to march alongside many of our Consortium members including Stonewall, Mermaids and Sparkle (see picture).

A year on from an incident that saw 2018’s Pride in London parade derailed by anti-trans protests, it felt empowering marching as part of the ‘Together in Pride’ coalition alongside other groups reflecting the diversity of the LGBT+ community.

In fact, trans people were definitley at the front of the parade this year, with trans/non-binary people and their allies carrying a huge banner #LwiththeT right behind London Mayor Sadiq Khan. A Twitter post says: We came, we lead, we drowned out hate. This is what solidarity looks like! #LwiththeT

The most powerful moment for me personally was seeing the joy on the faces of the many trans and non-binary young people and children on the Mermaids bus (see picture), just behind our marching group. They were cheered on by the colourful crowds from the side of the parade, and even some celebrities such as girl band Little Mix showed up expressing their support as trans allies.

This resonates strongly with our Trans Network’s mission ‘to be a unified voice to ensure external stakeholders listen to the needs of trans communities.’

I know we still have a long way to go, but the message is out there: Together we are Stronger. 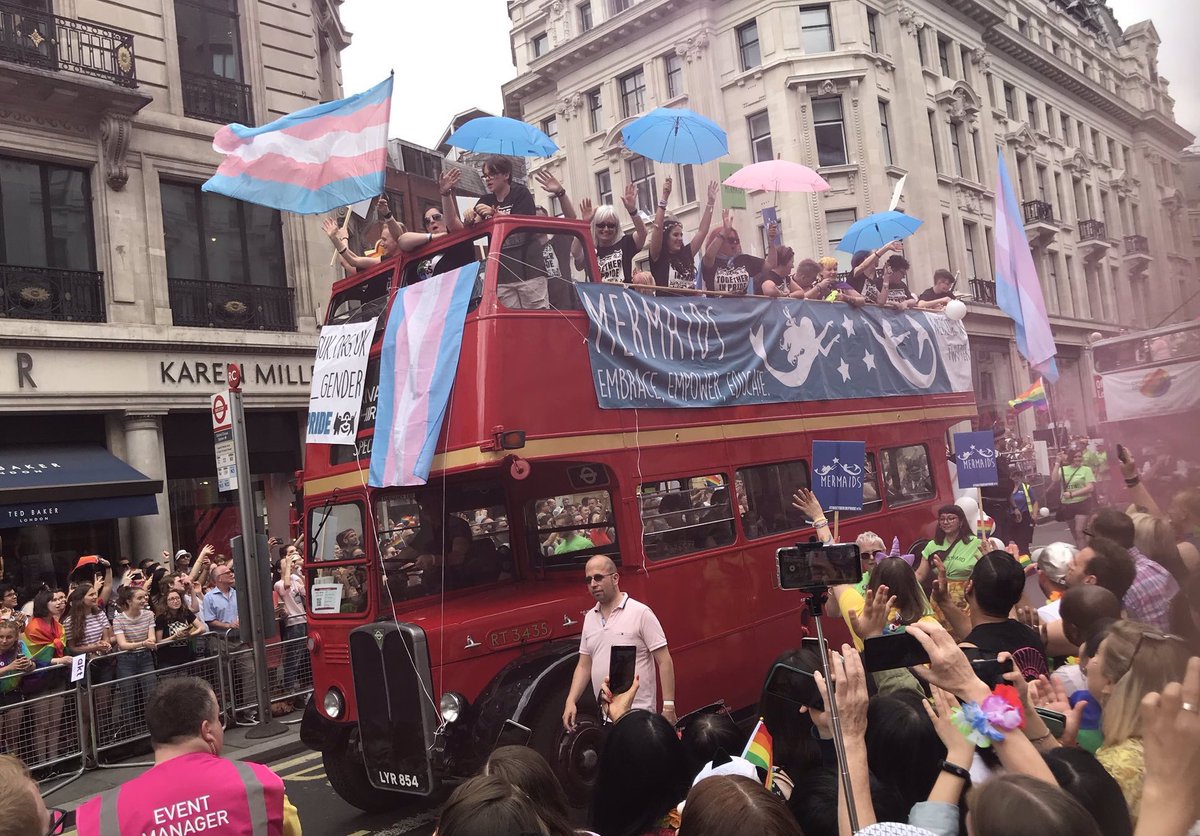