We believe that everyone should be able to live safely.

Many trans people, including non-binary and gender diverse people experience bullying, abuse and harassment. Being forced to live in fear can have a detrimental effect on your wellbeing, mental and physical health.

We believe that all people deserve dignity.

Prejudice and discrimination prevent many trans people, including non-binary and gender diverse people from living with dignity in all parts of their life - at home, at work or in the community.

Everyone deserves to be safe and to be treated with respect.

Sadly, for trans people, including non-binary and gender diverse people, the opposite is too often true. In the face of a concerted campaign across the British media, together with the measures necessary to restrict the spread of coronavirus, many trans people now feel isolated and unsupported.

Trans people simply want to be able to exist freely and without fear, which is something that many people take for granted.- the security of living in a safe home, access to healthcare (and not just trans healthcare), the knowledge that they will be listened to and heard on what trans people need to live their lives without fear. None of that should be controversial.

The together. campaign says to trans people of all ages, abilities and backgrounds, including non-binary and gender diverse people, you do deserve to be safe, and you do deserve respect - you should be able to do what most of us do without thinking.

together, we continue to build our network of organisations who will speak up and campaign for trans rights.

together, we can ensure that everyone is able to live in safety and with dignity. 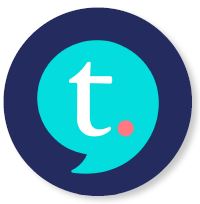 The together. campaign has been drawn together by five LGBT+ organisations across the UK. Click here to find out more. There are a number of resources that you can share on social media. Click here to find out more.

A note about language

We know that language is important as it is often core to an individual's identity. We also know that the language we use needs to communicate effectively with its audience.

Throughout this website, when you see "trans", we intend this to be used in the most inclusive way possible. Our use of the term "trans" includes non-binary people and other gender diverse people. We understand that some non-binary people and gender diverse people do not consider themselves to be defined by the word "trans" - and that's OK. We do think that everyone, irrespective of whatever label they use, should be able to live in safety and with dignity.