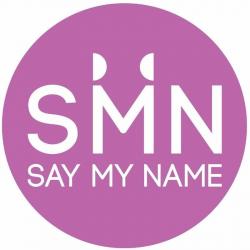 SAY MY NAME! began life in 2006 as a 5 minute play at the Royal Court Theatre where it was a winner of the “Angry Now” competition, a joint initiative between the Royal Court and the BBC. As a short film it has been screened at many film festivals around the world, notably the acclaimed “Outfest” film festival in Los Angeles.

However, it wasn’t until 2008 when renowned and leading club promoter and gay activist Thomas Muket screened it at ‘Bootylicious’; the UK’s internationally famed premier urban gay club that its true resonance and impact came into being. It had in a sense come home.

Such was the overwhelming response and hunger from the crowds pouring out of the make shift cinema that it became apparent that SAY MY NAME! was a story whose time had arrived. SAY MY NAME! was then put online and for over a year developed a loyal and supportive fan base from all over the world. We have also taken into account the thoughts and wishes of the many who wrote in asking for more.

SAY MY NAME! has since developed and expanded into more just a short film and we are delighted to have returned with a new and completely revamped user friendly website. Please avail yourselves of all we have on offer and say YOUR name on our “SAY YOUR NAME!” link. We sincerely wish you enjoy all we have to offer and look forward to receiving your comments and feedback.