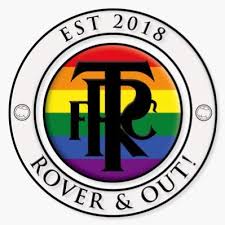 We are official LGBT+ fans supporters for Tranmere Rovers FC.

We aim to promote inclusive and diverse environment within football and our football club, other local community groups and other football supporter groups.

We are currently members of the Football Supporters Association (FSA).

In 2019, we were nominated for a national award with EFL league two football fan base.

We have held fans awareness evening at Tranmere Rovers, alongside the FSA and fans for diversity organisation.