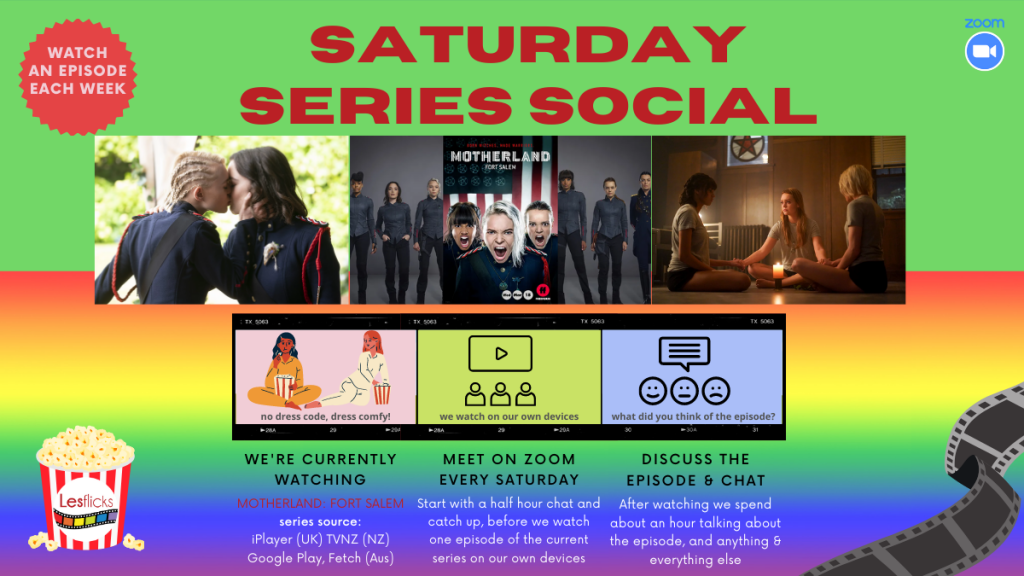 Introducing our brand new Saturday Series Social! Following the success of our Sunday Series Social events, these new events will take place on Saturdays from 11:30 AM GMT.

We’ll open a zoom for any LBTQ womxn around the world to join us to enjoy a lesbian/bisexual series. The first half an hour is general discussion and catch-up, followed by 60 minutes of watching the series. Then afterwards we’ll chat about the series and other stuff. Come join womxn from around the world and expand your social circle!

On 20th February, we are watching Episode 1 of Motherland: Fort Salem!