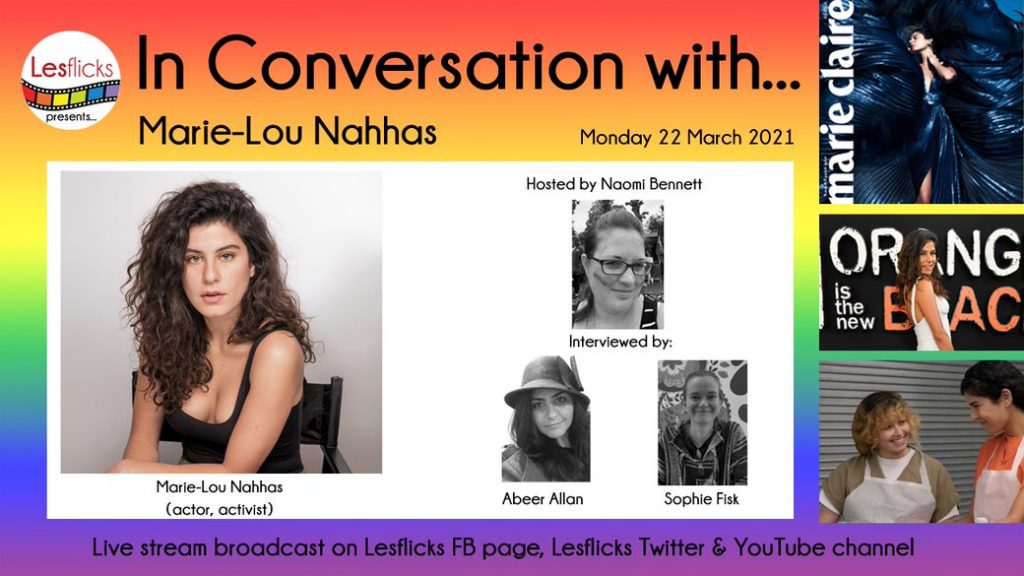 Lesflicks is delighted to announce a live event where Lesflicks volunteers Abeer and Sophie will be chatting with Marie-Lou Nahhas, who you will recognise from the final season of Orange is the New Black. Hear from Marie-Lou about her time on set, and what else she’s been doing since; and ask your questions.

This event is introduced by Naomi. Marie-Lou will be interviewed by Abeer Allan and Sophie Fisk
About Marie-Lou: American Lebanese actress who began her career in New York City and entered Hollywood through her role as Shani Abboud in Orange is the New Black. Passionate about diversity, Marie-Lou Nahhas is fluent in Arabic, French, English and Spanish. She is also an activist for women empowerment.