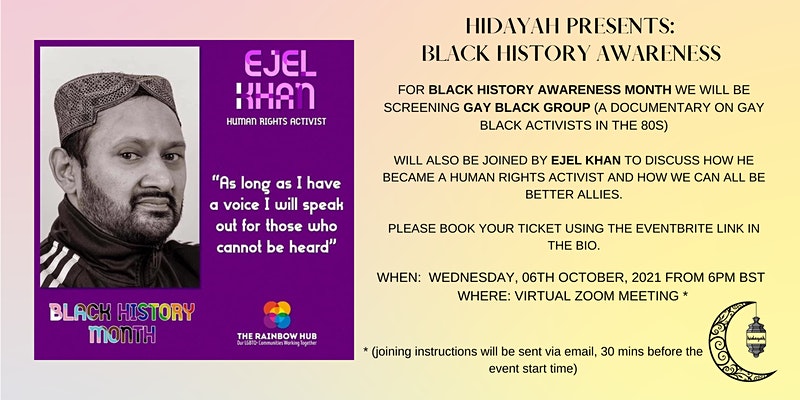 As part of Black History Awareness Month, this event is to shine a light on QTIPOC activism from the 80s to present day.

As part of our Black History Awareness programme, we wanted to go back to the 80s and bring to light some of the LGBTQI+ activism undertaken by the QTIPOC community, and what better way to do this but with a screening of Gay Black Group:

The formation of the Gay Black Group was a landmark in gay black history. Meeting at Gay’s the Word, a bookshop in Bloomsbury, London, it provided a sounding board and support for gay and black communities of the 1980s. Sitting on the outside of both by virtue of their sexuality or ethicity the group attempted to negotiate a path through the complexities of cultural and sexual identity. In this film, members of the group talk to Paula Ahluwalia about their experiences.

We will also be joined by Ejel Khan, a human rights activist, who will be discussing his journey and lived experiences as an LGBTQI+ Muslim growing up in Luton, and why representation and activism is so important for all QTIPOC people, now more than ever.