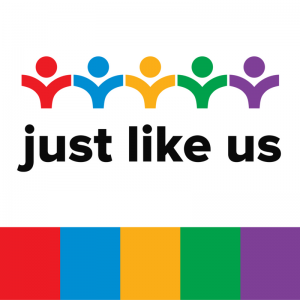 Celebrated author Jodie Lancet-Grant will publish her second picture book, The Marvellous Doctors for Magical Creatures, with Oxford University Press in June 2022 to coincide with Pride Month. Following on from her acclaimed debut children’s book The Pirate Mums, Jodie will once again team up with illustrator Lydia Corry.

Publication will be supported by a comprehensive publicity campaign and a far-reaching collaboration with Just Like Us, the LGBT+ young people’s charity. Activity with the charity will include shared social media content around the book, classroom packs to equip primary schools and teachers with fun resources and activities to promote inclusive LGTBQ+ representation, and a nationwide competition for schools to win a bespoke event with Jodie during School Diversity Week, happening 20-24 June.

Described by author Sarah Hagger-Holt as “bursting with creativity, warmth and imagination, with a powerful message about celebrating each other’s and our own unique identities”, The Marvellous Doctors for Magical Creatures is the heart warming and magical story of a little girl called Ava and her two dads, who are the first port of call for dragons with sore throats, sneezy centaurs and fairies with injured wings. Ava’s not a doctor quite yet, but she loves helping out. When her dads can’t work out what’s behind Glitterbug the unicorn’s tummy aches, Ava decides to investigate – and makes a new friend in the process. The Marvellous Doctors for Magical Creatures is a story of being true to yourself, acceptance and kindness all told with Jodie’s trademark humour and lightness of touch.

Jodie Lancet-Grant says: “2021 was a stellar year for books with LGBTQ+ content aimed at younger children, and I’m committed to keeping that momentum going with The Marvellous Doctors for Magical Creatures. Even more than in my debut, The Pirate Mums, the fact that Ava has same sex parents is completely incidental to the story – and that’s what I think we need in mainstream, frontlist books that sit proudly on bookshelves in stores, in schools and in bedrooms.”

Katie Haworth, commissioning editor at Oxford University Press, says: “We are thrilled to publish Jodie’s second picture book The Marvellous Doctors for Magical Creatures. Not only does Jodie include incidental representation of same sex families in a meaningful way, but she also looks at the theme of anxiety, and how worry might manifest itself without us necessarily being aware. Central to the book is the importance of friendship and being yourself, an incredibly important and valuable message for all children.”

Dominic Arnall, Chief Executive of Just Like Us, the LGBT+ young people’s charity, says: “Growing up, it’s vital that books you read represent the diversity of the world around you. With many children growing up with same-sex parents or LGBT+ people in their families generally, it’s fantastic that books like Jodie’s are helping to bring much-needed representation and we can’t wait to celebrate this School Diversity Week with primary schools across the UK who can sign up to take part for free.”

Jodie Mullish (publishing under her married name of Jodie Lancet-Grant) is a Communications Director at Pan Macmillan, where she works on high-profile non-fiction books for Bluebird. She has over 10 years of publicity and marketing experience in the industry, covering children’s and adult, fiction and non-fiction publishing, and has been the recipient of a number of high-profile awards including those from the Nibbies, the Book Marketing Society and Futurebook. Jodie has written freelance articles for a range of publications including The Times and the Telegraph. She lives in East London with her wife and their twin daughters.

Illustrator Lydia Corry studied painting at the Royal College of Art, and since graduating she has devoted herself to illustration. She lives with her partner and young daughter by the sea.

The Marvellous Doctors for Magical Creatures by Jodie Lancet-Grant, illustrated by Lydia Corry will publish in June 2022.